The peanut, also known as the groundnut, goober (US), pindar (US), or monkey nut (UK), and taxonomically classified as Arachis hypogaea, is a legume crop grown mainly for its edible seeds.

It is widely grown in the tropics and subtropics, being important to both small and large commercial producers. It is classified as both a grain legume and, due to its high oil content, an oil crop.

Peanut is the major oilseed of India. It accounts for approximately 25% of the total oilseed manufacture of the country. The annual manufacture of Indian Peanuts and Indian Peanuts oil are around 5-8million and 1.5 million tons respectively. Peanuts Production is highly weak to rainfall deviations and displays huge fluctuation between years.

Peanut is an annual herbaceous plant growing 30 to 50 cm (12 to 20 in) tall. As a legume, it belongs to the botanical family Fabaceae (also known as Leguminosae, and commonly known as the bean or pea family). Like most other legumes, peanuts harbor symbiotic nitrogen-fixing bacteria in their root nodules.

Peanut pods develop underground, an unusual feature known as geocarpy. After fertilization, a short stalk at the base of the ovary (termed a pedicel) elongates to form a thread-like structure known as a “peg”.

This peg grows down into the soil, and the tip, which contains the ovary, develops into a mature peanut pod.[16] Pods are 3 to 7 centimeters (1 to 3 in) long, normally containing one to four seeds. 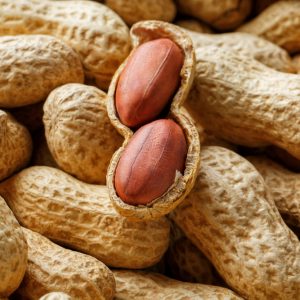 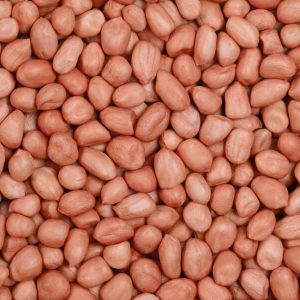